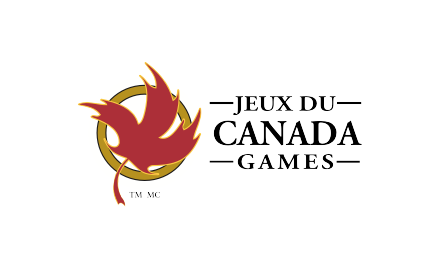 In 1991, the Canada Games Council was incorporated as a private, non-profit governing body responsible for the ongoing development of the Canada Games. As the Games move from one host community to the next, the Council supports host societies in key areas such as technical, planning, ceremonies and protocol, marketing, and sponsorship for sports.

• Saves host cities up to $2.5 million in infrastructure and support costs

The Canada Games Council is a non-profit organization that organizes the Canada Games, a high-level, multi-sport event held every two years in Canada, alternating between winter and summer games. For 50 years, the Canada Games have helped develop Canada’s future athletes and the next generation of national, international, and Olympic champions.

Every two years, a different city hosts the Canada Games. This means that the Council must support a new group of volunteers, staff, and attendees. That also means planning, logistics, venues, and programs are different each time. Host cities have historically faced the challenge of having to start from scratch—building out a new team of volunteers and employees with no knowledge transfer from city to city.

“G Suite gives us a centralized resource in the cloud to empower host cities for the Canada Games and our own employees. Compared to other solutions, Google offered a more powerful and mature product at a better price.” Dave Patterson, President and CEO, Canada Games Council

Prior to the 2012 Canada Games, the Council provided each host city with a pallet of binders filled with hundreds of thousands of sheets of paper—important documents, procedures, and policies that the city needed to comply with. However, the Council saw this as an inefficient way to provide knowledge transfer, and sought new technology that future host cities could leverage in their planning stages.

After evaluating various options, the Council decided that G Suite offered greater innovation as well as economic benefits compared to other solutions.

“G Suite gives us a centralized resource in the cloud to empower host cities for the Canada Games and our own employees,” says Dave Patterson, President and CEO at Canada Games Council. “Compared to other solutions, Google offered a more powerful and mature product at a better price.”

Driving productivity from day one

Using G Suite tools such as Google Google Meet, Drive, Sheets, Docs, Gmail, and Calendar, the Council can offer employees and host city volunteers productivity tools that are intuitive and easy to use. Since many users already use Gmail and Docs in their personal lives, the onramp was familiar to them. To overcome resistance to change, the Council showed users how G Suite could enhance their productivity—for example, typing up the committee meeting minutes and displaying them during the meeting in real time.

In the past, the Council sent host city volunteers a large package of paper documents in preparation for each meeting. Now it sends richer information digitally via G Suite, with links to documents, videos, and other resources conveniently presented on a single web page.

“The biggest benefit is that now it gets read,” says Dave. “For our staff, keeping volunteers in the loop used to take up to 40% of their day. Now they can spend that time on other tasks because volunteers have easy access to all up-to-date information in G Suite.”

Another challenge the Council faced was creating a consistent experience with each of the different venues provided by the host city—baseball fields, gymnasiums for basketball and volleyball, swimming pools—as each venue operates independently. To coordinate this, the Council provides the city with a venue operations manual that details policies, procedures, and best practices to use as a blueprint for collaboration in the planning stages for the Canada Games.

“Using G Suite for collaboration accelerated our venue operational planning time by 50%,” says Aaron Bruce, Vice President, Sport at Canada Games Council. “We empower as many as 500 volunteers and employees to collaborate on G Suite. This has allowed venues to improve consistency by eliminating redundancy and reduce the planning time from 2 years to 1 year. The new process has drawn rave reviews—now, people couldn’t imagine doing it any other way.”

On “turnaround day”—the Saturday that the 2,000 athletes who participated in the first week’s games fly out, and 2,000 athletes competing in the second week’s games fly in—managing logistics was traditionally challenging. A flight delay of a single hour could affect hundreds of people further down the chain of events, disrupting everything from transportation to meal service. This not only affects the 4,000 athletes traveling in and out of the city, but also their families, fans and visitors.

To solve this problem, Council members turned to streamlining internal processes using Google Docs. They created a live Sheet in G Suite as a source of truth linking flight numbers, the number of people on the flight, and real-time departure and arrival data from the airlines. This has eliminated the long train of email communication that previously happened every time there was a change or delay in travel plans.

“Turnaround day for the Canada Games is the largest human logistics operation in Canada, and we’ve streamlined it by giving host city volunteers and athletes’ families the information they need in real time with G Suite,” says Dave. “Modernizing our internal processes helped give volunteers and families peace of mind and the ability to plan ahead.”

“With G Suite, we can provide host cities with processes and infrastructure that would cost them as much as $2 million to assemble themselves.” Dave Patterson, President and CEO, Canada Games Council

All told, the Council moved more than 450,000 files into G Suite—approximately 200GB of data going back to 2001. Now host cities can hit the ground running from the day they are awarded the games. Acting similar to a franchise headquarters, the Council can now efficiently provide new host cities with the knowledge and infrastructure to begin operating immediately.

“With G Suite, we can provide host cities with processes and infrastructure that would cost them up to $2 million to assemble themselves,” says Dave. “It’s a powerful example of what the Council is able to do for them, and we can deliver it from day one.”

The Council also eliminated IT hardware support entirely. Without the need to hire people to build, manage, and support on-premises networks and file servers, each host city saves approximately $500,000 in IT infrastructure support costs leveraging G Suite. The savings will increase in the future as the Council looks to deploy Google Chromebooks, which it plans to distribute to local athletic and non-profit organizations in host cities once the games are complete as part of the overall Games Legacy plan. By reducing licensing and support costs, the Council can invest in other technologies such as Google Jamboard that can help it be even more effective in planning for the Canada Games.

The Council is continuing to drive user adoption by showing users what they can do with G Suite and help them find new ways to work more efficiently. People who were used to traditional office tools began seeing new possibilities, using G Suite Learning Center as well as outside training resources to get the most from the new toolset. By encouraging users and showing them that even non-technical people can enhance their productivity using G Suite, the Council is taking a proactive and successful approach to change management.

“We encourage host cities to appoint one or two G Suite champions—not necessarily IT staff—to help people locally or via Google Meet,” adds Dave. “We also recommend bringing in professional training at the local level to ‘train the trainers.’”